Of Love and Duty

Maybe I’m doing the Wishes guys wrong, but I think that the job really isn’t as hard as working in Punishments. Humans do not tend to be overjoyed when they’re being punished for their wrongdoing, so the gods in this department face a lot of adversity.

Here, now, is the Minister of Punishments himself, Zyglavis, god of Libra, he who holds the scales of justice. He is calm, composed, rational, and very, very pretty. But I digress. I wanted to see a story from the second set, and Zyglavis is simply the guy who interests me the most. He is my type, of course. 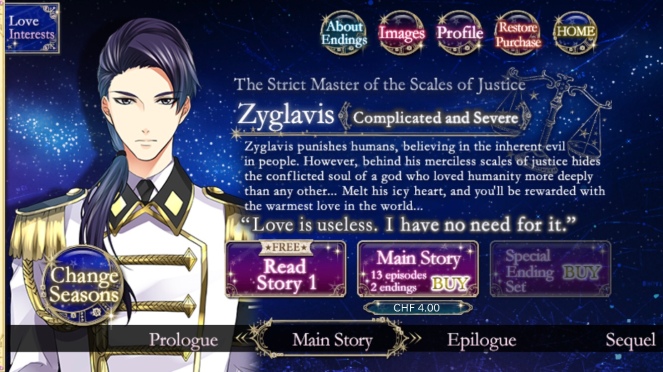 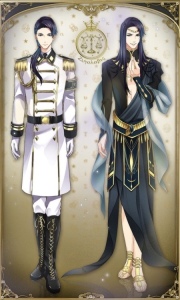 Zyglavis’ story is from the second set, so he is not on earth because he was punished, but because the MC needs to be protected from the King of the Underworld’s henchmen. When the MC chooses him, the other gods are quick to ask her if she is sure of her decision, and when she refuses to switch, offer their condolences. Zyglavis is respected, of course, as he is the Minister of the Department Punishments, but he is feared for the same reason. Punishments is no walk in the park: it deals with the worst of humanity, and castigating offenders, no matter how justified, is a daunting task.

Or not. Zyglavis dispenses disciplinary action with the efficiency and detachment of a machine, much to the consternation of the MC. Since she requires his protection, she has to stay with him while he works. Snapping his fingers as rhythmically and as emotionally invested as a metronome, he flings illnesses, accidents, and misfortunes at the offenders on his lists.

One such offender is the CEO of a large company, who robbed his clients of their savings, which drove several of them to commit suicide. Zyglavis punished him by having his house burnt down. As a result, not only is the CEO out on the street, but also his wife and son are left homeless. While the MC understands that the wife shares in his guilt, she maintains that the child is innocent, even after having a run-in with said angry child right in the planetarium. She asks Zyglavis to give the CEO a second chance, so that he can redeem himself and give his family a better future.

Zyglavis does not believe that humans can change their ways anymore; humanity has let him down too many times. So he refuses her request at first. This philosophical matter has to take a backseat, though, as, on a trip to a star-gazing village out in the countryside, the MC is attacked once again by the minions of the King of the Underworld. To his horror, Zyglavis finds himself unable to fully protect her.

While they get away this time, Zyglavis is very worried. Also, he feels responsible. He tells the MC that the very existence of the Underking is his own personal failing. He let himself be swayed by the humans who asked him not to punish their sinful behaviour, thus allowing them to slide deeper into evil. It is their collective wickedness that gave birth to the King of the Underworld, and Zyglavis berates himself for having been too lenient with the humans he loved so much. Which is the reason his heart is now closed to the plight of the CEO, and humanity at large. He feels indulged them, and the results were catastrophic.

Back in civilisation, he gives in to the MC’s wish to allow the CEO to prove himself. In the beginning, it looks like the man has learnt his lesson and is grateful and ready to turn a new page. But what if Zyglavis was right all along, and people are not capable of change?

The MC goes to see Zyglavis after work, but he is still neck-deep in Ministry affairs. Everybody and their dog seems to want a piece of him, and to top it all off, just when he finishes answering the questions of the underlings, Leon and Karno show up with an urgent missive from the King of Heaven. When they finally get to retire to his room, they spend a quiet evening during which it is revealed that Zyglavis’ favourite sweet is chocolate ganache.

The MC decides to bake a chocolate ganache cake for her next meeting with Zyglavis. No sooner have they sat down with the cake in his quarters than Parthenos and Ichthys show up to make an absolute nuisance of themselves. Thoroughly annoyed, Zyglavis removes himself and the MC to his (identical) room in heaven. There, they have a talk.

Love between a god and a human is forbidden, and for good reason: a god’s power should not favor any one particular human. Zyglavis never expected to be the one to break that rule. Things being as they are, he informs the MC – in his usual dry manner – that he will not initiate a physical relationship until he gets the go-ahead from the King. He does ask the MC to prepare herself for such a time, though, as he is certain that a physical union with a god might be quite taxing for a human. In the meantime, kissing must suffice…

The MC is obviously shocked by Zyglavis’ apparent callousness. It has to be said that the other gods are not helpful, as they basically offer their condolences when the MC chooses Zyglavis as her protector. Aigonorus thinks that Zyglavis is “a hundred times more annoying than Scorpio“, and if you’ve met Scorpio… you get the picture.

The gods are lying. Zyglavis is a compassionate man who has simply been hurt too much. Which is, of course, what the MC is here for to fix. He starts out mostly annoyed by her illogical, inefficient, overly emotional behaviour, chiding her for her naïveté and her blind faith in people. And yet, observing her, he comes to understand that there is, indeed, hope, because there are pure souls in the world. 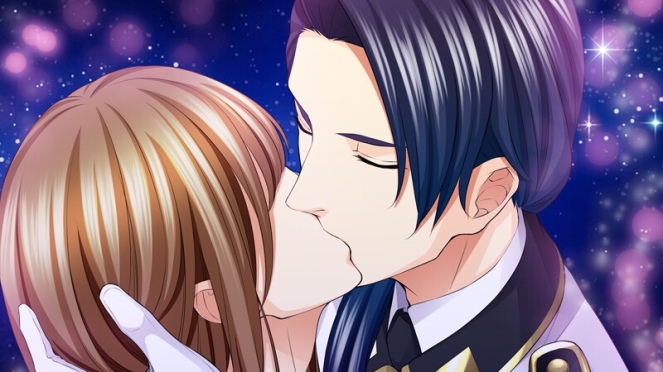 As for the MC, she makes a similar journey to meet him halfway. Thoroughly intimidated by his initially cold demeanour, she understands that he wholeheartedly believes that only detachment and objectivity allow him to be just to his subjects. He has high standards for those around him, but none as rigorous as those he sets for himself. Also, seeing as they spend quite some time together, she catches glimpses of what’s underneath.

Scorpio is unusually helpful, and in a conversation fills in the blanks for the MC, which pretty much seals the deal. Zyglavis, she realises, is probably the most benevolent individual she has ever encountered. When they finally get there, their love not only feels genuine, it feels, for lack of a better word, pure.

So, the Love Meter. Remember that with Scorpio, I first got the Forbidden Ending? With Ichthys, things were easier, the meter pretty much stayed on “Blessed” for most of the route. This guy? The needle arrived all the way at the end of Blessed by episode 7 and didn’t move again. Clearly, Zyglavis is my man. 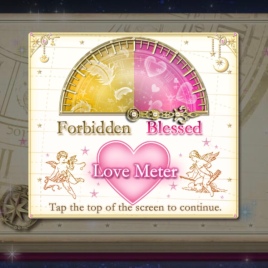 So yeah, he is my man. While he is the most beautiful of the bunch, anyway, I was not sure whether I would like him. After all, I paid my asshole-dues with Scorpio, and overly correct, under-emotional people are the bane of my existence in real life. Also, Libra. I mean, really? But Zyglavis won my heart, not even gradually, but immediately. It is also worth noting that he is not, in fact, an asshole at all, but rather a tiny (read: massiv) bit too uptight. Also, the other gods are a bunch of undisciplined louts. Except Scorpio, of course. Anyway: I will buy all of Zyglavis’ stories.